Apple Cinnamon Monkey Bread is the ultimate Fall treat! Cinnamon roll pieces combined with apples, cinnamon, an incredible glaze, and more! Perfect to serve for breakfast on a Fall morning, or a lazy weekend brunch, this is one tasty and simple recipe! 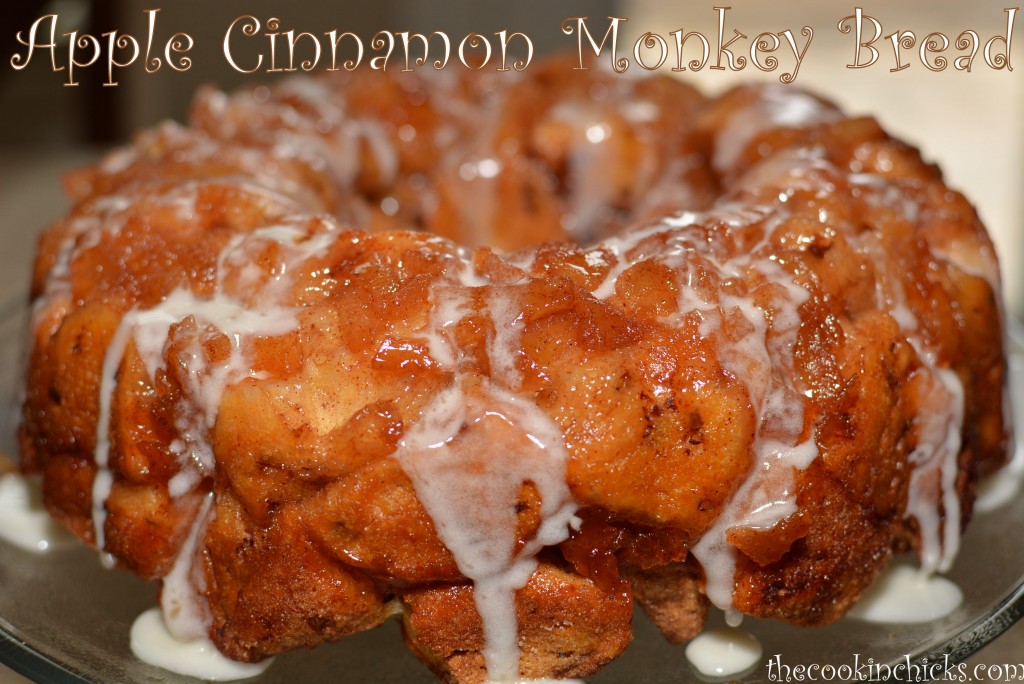 There really isn’t anything better than the smell of fresh cinnamon apple goods being baked during the Fall season, right?! This tasty pull-apart bread is soft, delicious, fluffy, and includes cinnamon roll pieces coated in brown sugar. The cinnamon apples throughout add tons of autumn flavor throughout and make this a mouthwatering anytime treat.

Anyone who likes apples and cinnamon will fall in love with this treat as its also incredibly easy to prepare. Using refrigerated biscuits, this is a recipe even the kids can help make!

What is Monkey Bread?

Monkey bread is a soft, sweet, sticky pastry served in the United States for breakfast or as a treat. It consists of pieces of soft baked dough sprinkled with cinnamon. Monkey Bread gets its name by the method in which it is eaten: picking off chunks of buttery, gooey dough with your fingers not unlike a monkey grooming his buddy. Not the most flattering thing to think about, but after one bite, you’ll forget all about that visual.

This Apple Pie Monkey Bread is a variation of the original, however instead of plain biscuits, you are going to use store-bought cinnamon rolls, and apple pie filling.

This monkey bread is easy to make with only a few ingredients that you probably already have in your kitchen. Here’s what you’ll need:

*Be sure to see the recipe card below for full ingredients & instructions!

How to Make Apple Monkey Bread with Cinnamon Rolls

What Kinds of Apples to Use

For the best pies, crisps, and other baked apple treats, apples need to be firm enough to hold their own during the cooking process. We call these apples “baking apples” and to namedrop, they include Braeburn, Cortland, Honey Gold, Jonathan, Fuji, Gala, Granny Smith, Haralson, and Newtown Pippin. My go-to apple is always a Granny Smith, but feel free to use any others of the listed ones above.

What can I use in place of refrigerated cinnamon rolls?

If you want to use pre-made biscuits, that is a great option as well! If you don’t have access to pre-packaged dough products, feel free to make your biscuits from scratch using THIS recipe and follow the recipe as directed in recipe card below.

How long does apple cinnamon monkey bread last for?

In my house, I am lucky if we get two days from this. My kids almost always go back for seconds or have another piece later in the day. If the monkey bread lasts a bit longer in your house, it will be good for about 3-4 days covered, at room temperature. To reheat, simply cut desired size piece and place in the microwave for about 20 seconds. You can also enjoy this at room temperature, it just may not be as tender and fluffy! To freeze, wrap securely in foil and plastic wrap to protect it from freezer burn and it will keep well for 1-2 months. Thaw at room temperature to serve

What to serve with Apple Cinnamon Monkey Bread

Apple Cinnamon Monkey Bread is a pretty hearty meal and can either be served on its own or as part of a large brunch spread.

Biscuits and Gravy Breakfast Casserole– packed with flavor and a “stick to your ribs” kind of meal! Hearty, tasty, and a favorite any time of the day!

Breakfast Pizza– using a few shortcut ingredients, this protein packed pizza is the perfect way to start the day 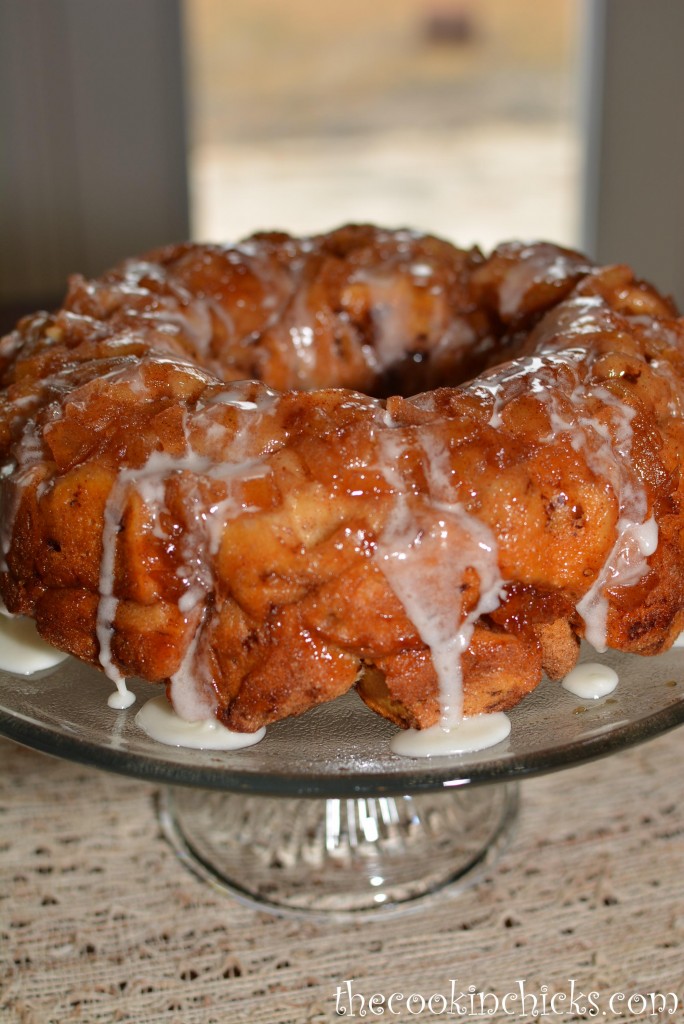 Check out these other monkey bread recipes: 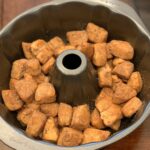