Cinnamon Roll Monkey Bread comes together using only 5 ingredients! Not only is this a great breakfast option, but this also makes a great sweet treat anytime of the day! 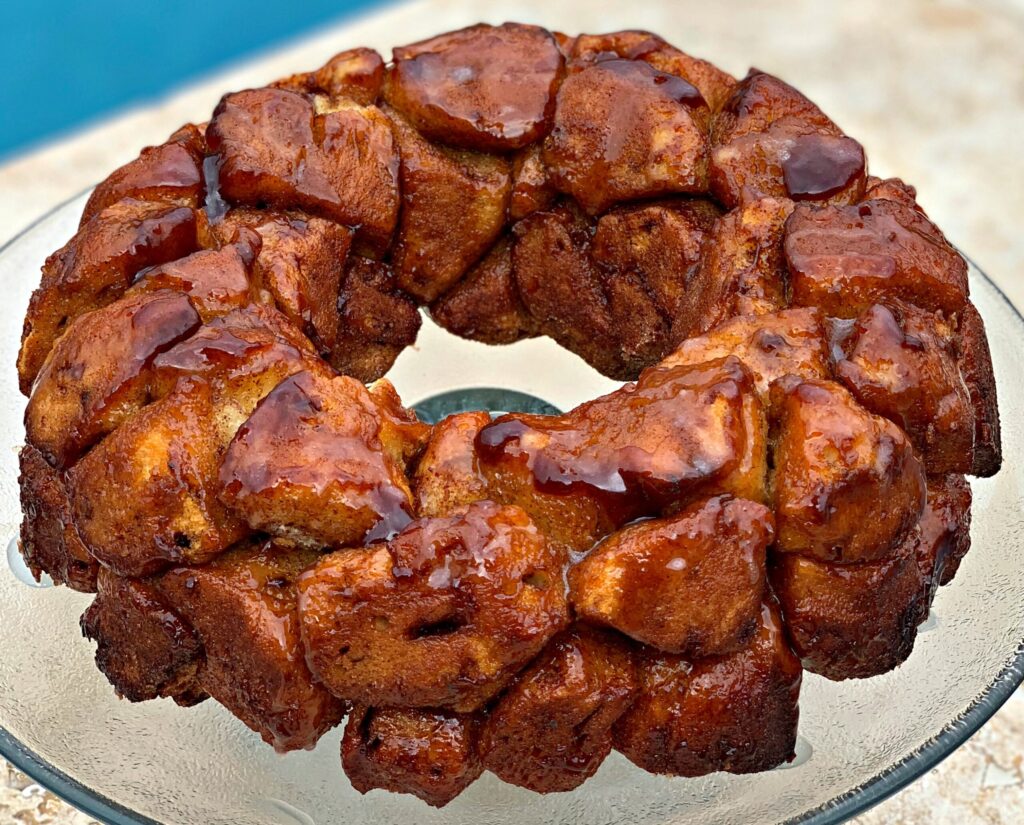 Typically, when I share a recipe, it is one that I have made the previous week! That way, I have had time to write a post up, upload the pictures, etc. However, this one was made this morning and I just HAD to get this posted ASAP!

This morning, as I was putting this together, I took pictures and posted on my Instagram story. Within minutes, I had received over 50 messages asking for this recipe!

Not knowing whether or not this would be a success, I kept going along and posting step by step pictures hoping it would turn out! 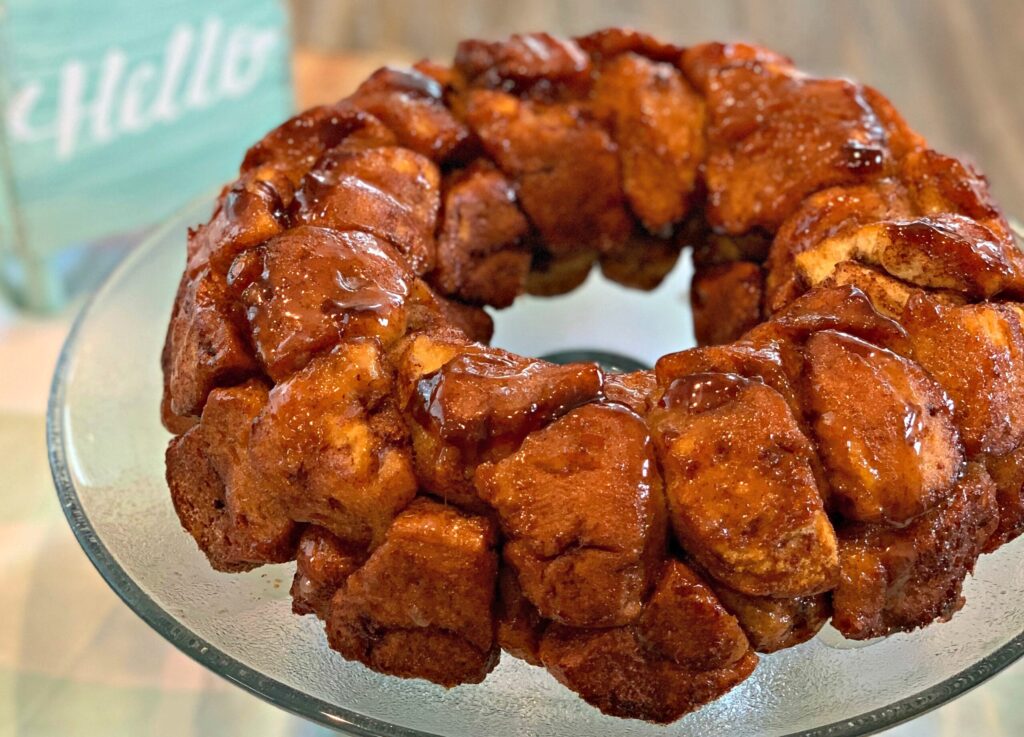 THIS TWIST ON A CLASSIC MONKEY BREAD DISH IS SO EASY TO MAKE, AND GUARANTEED TO BE A CROWD PLEASER!

Once I pulled this from the oven and saw how it looked (and at that point smelled), I knew it would be a hit!

I had this ready for the oven in only about 10 minutes! The tasty cinnamon scent carried through the house as this was baking and even woke the kids up wondering what I was up to!

My go to recipe previously used biscuits. This version, using cinnamon rolls is definitely my favorite! The added cinnamon throughout is a great addition! 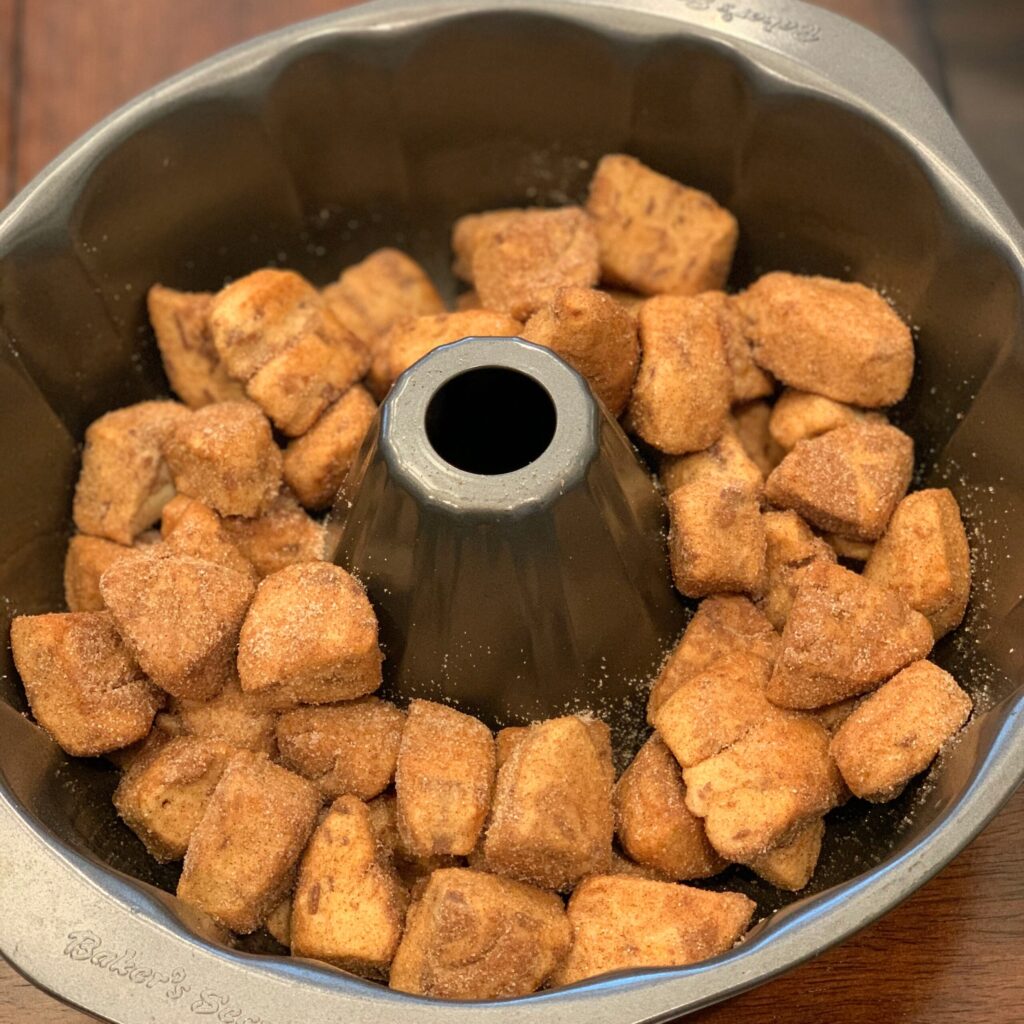 Since this is already pretty sweet, I didn’t end up putting a lot of the icing on top, but you definitely could add that if you desire!

My kids and hubby gave this two thumbs up and we have officially declared this our new go to recipe for a nice weekend morning monkey bread! However, if you only have biscuits on hand, you can check THIS recipe out and its quite tasty too!!

CHECK OUT SOME OF THESE OTHER SUPER EASY BREAKFAST RECIPES! 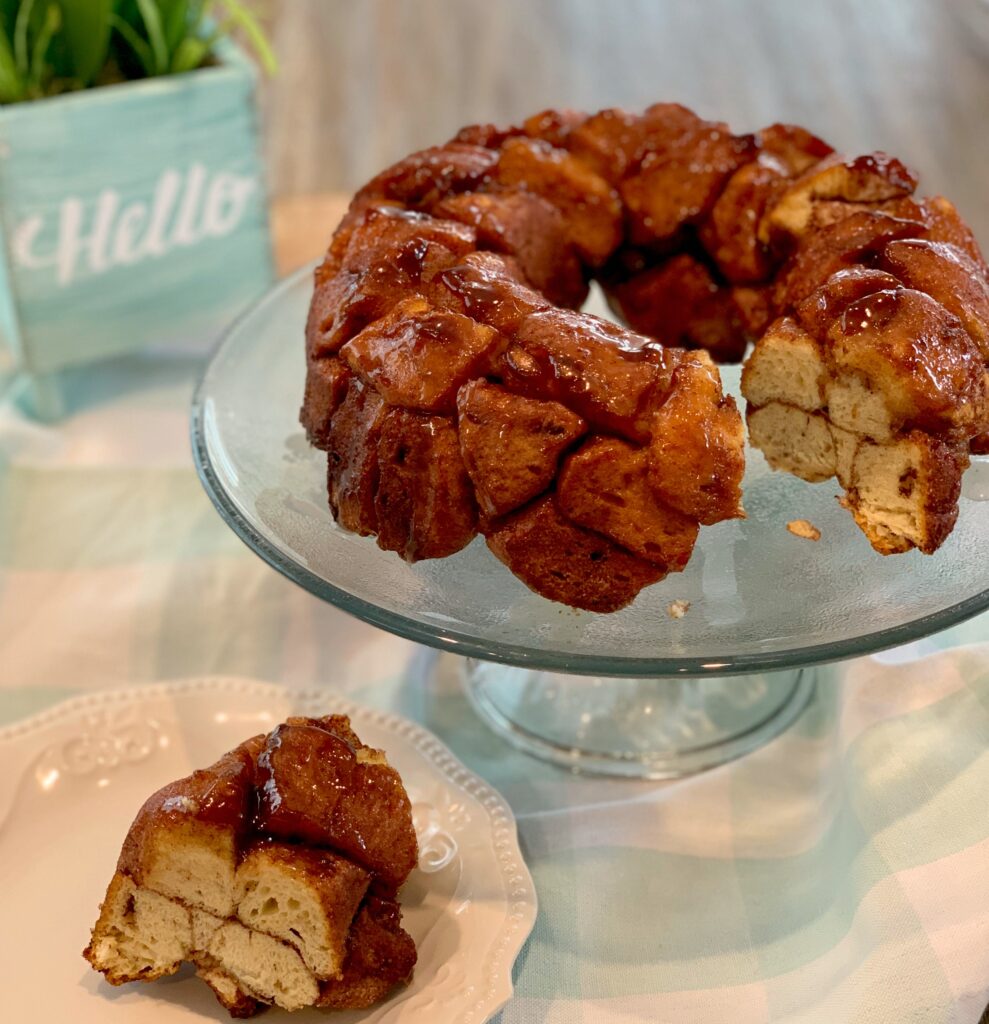 Enjoy and be sure to let me know what you think if you try it! 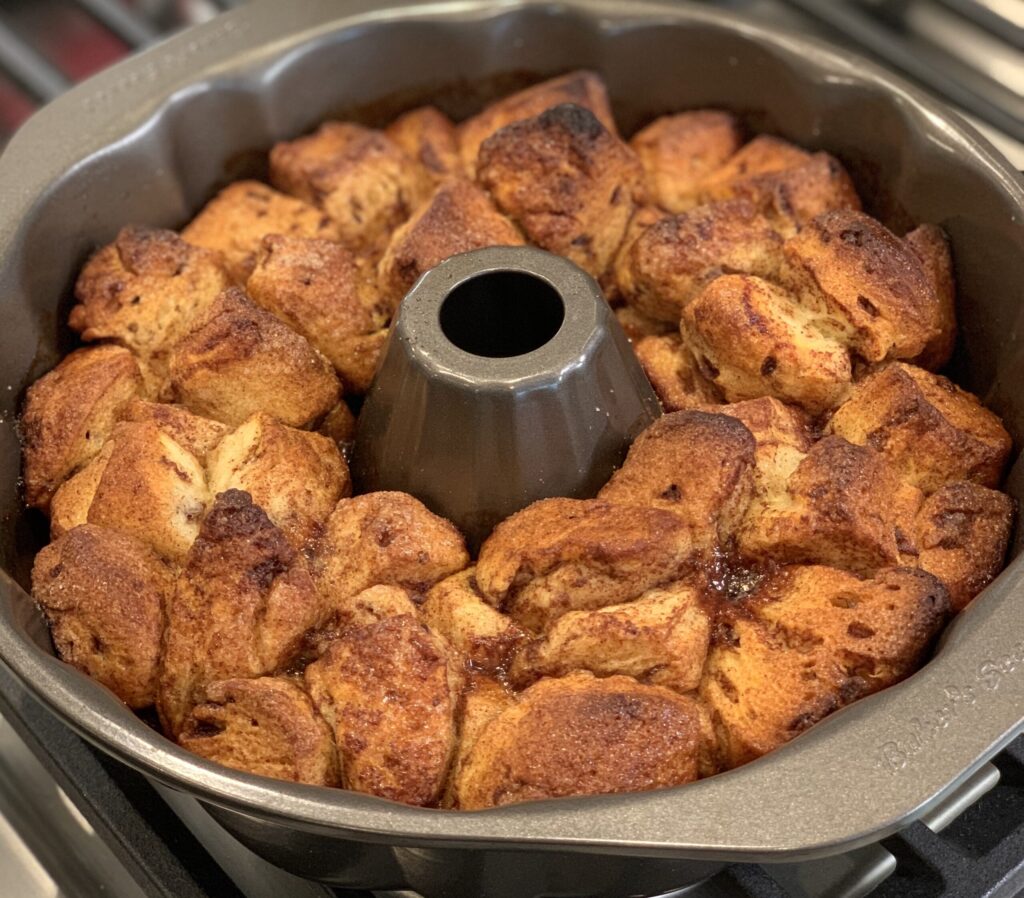 DON’T WASTE A SECOND, CLICK DOWN BELOW TO PRINT YOUR RECIPE FOR THIS AMAZING CINNAMON ROLL MONKEY BREAD NOW! 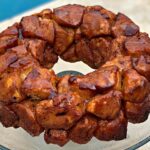