I keep seeing these recipes floating around and they look SOOOOO yummy. This one popped out to me in particular because it uses cinnamon rolls, which are of course, delicious!! It was quite simple to throw together, made tons, and turned out to be a big hit with the family, especially the kids!! 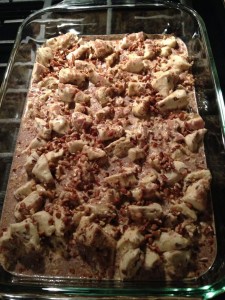 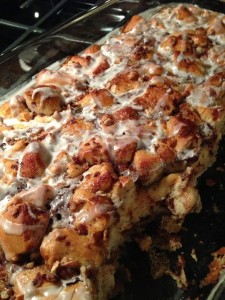