These Frosted Gingerbread Cinnamon Rolls are just what your sweet tooth needs this Holiday season! With a crazy good frosting on top of perfectly spiced rolls, what more could you want?! 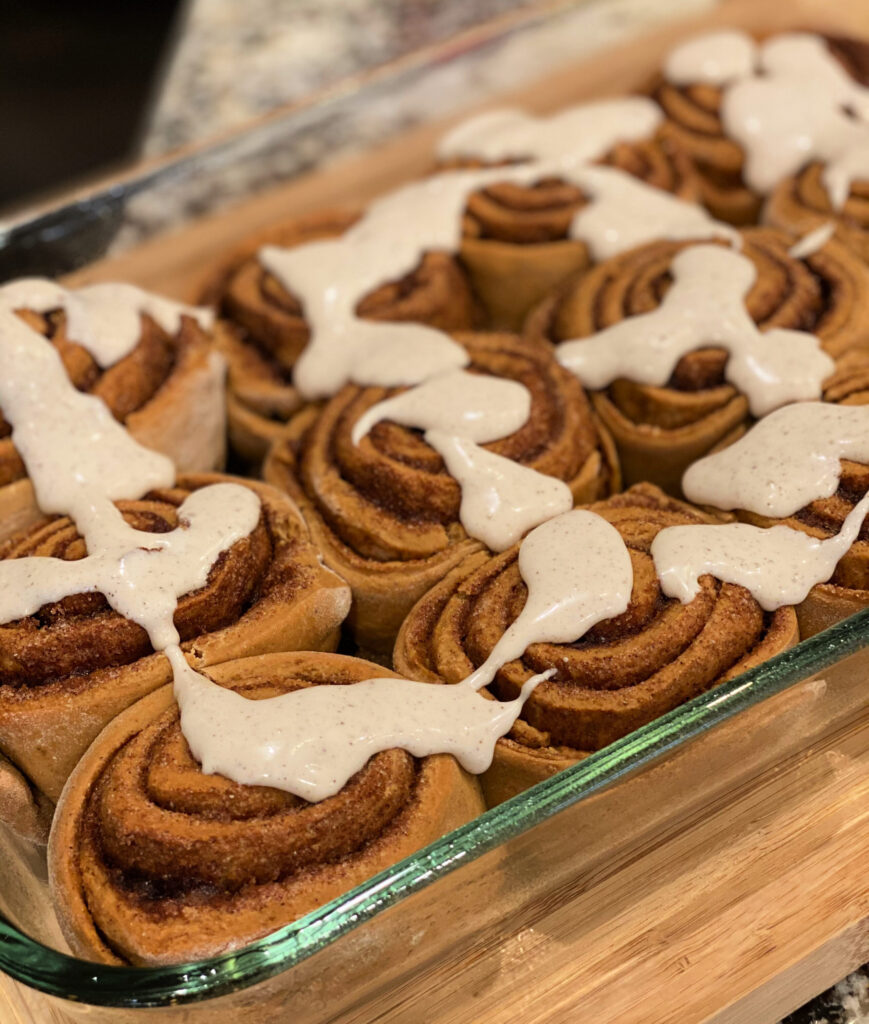 After years and years of practice, perfection, trial, and error….my hubby definitely goes down as the cinnamon roll maker in my house! He has it down to a science and can whip up a batch in no time! Me, well, I still tend to open a pre-packaged can and place in the oven. That is MY version of homemade cinnamon rolls, haha!

This past weekend, being in the Holiday season now, my hubby wanted to try a new variety of cinnamon rolls. We put our thinking caps on and decided gingerbread was the way to go!

He set off to work whereas I had the job of “keeping him company”. Thats pretty important of a job too, right? 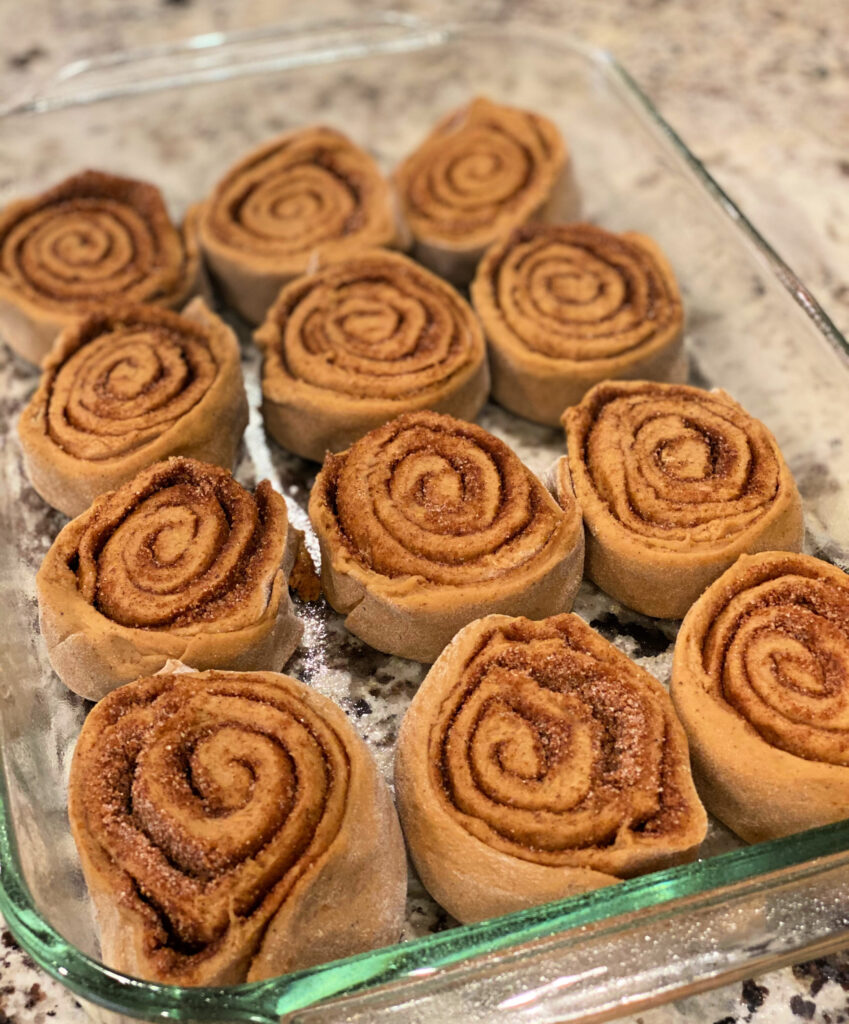 Not only did these come together in no time, but they turned out perfectly formed and “pretty”.

If you’ve ever made homemade cinnamon rolls, you know, sometimes the dough can be tricky to work with and although tasty at the end, not so pretty along the way!

As the dough was rising, he prepared the filling and it smelled incredible! Lots of seasonal spices to make the scent festive!

With the ginngerbread cinnamon roll being my kids favorite part, I must confess, my favorite is definitely the frosting! 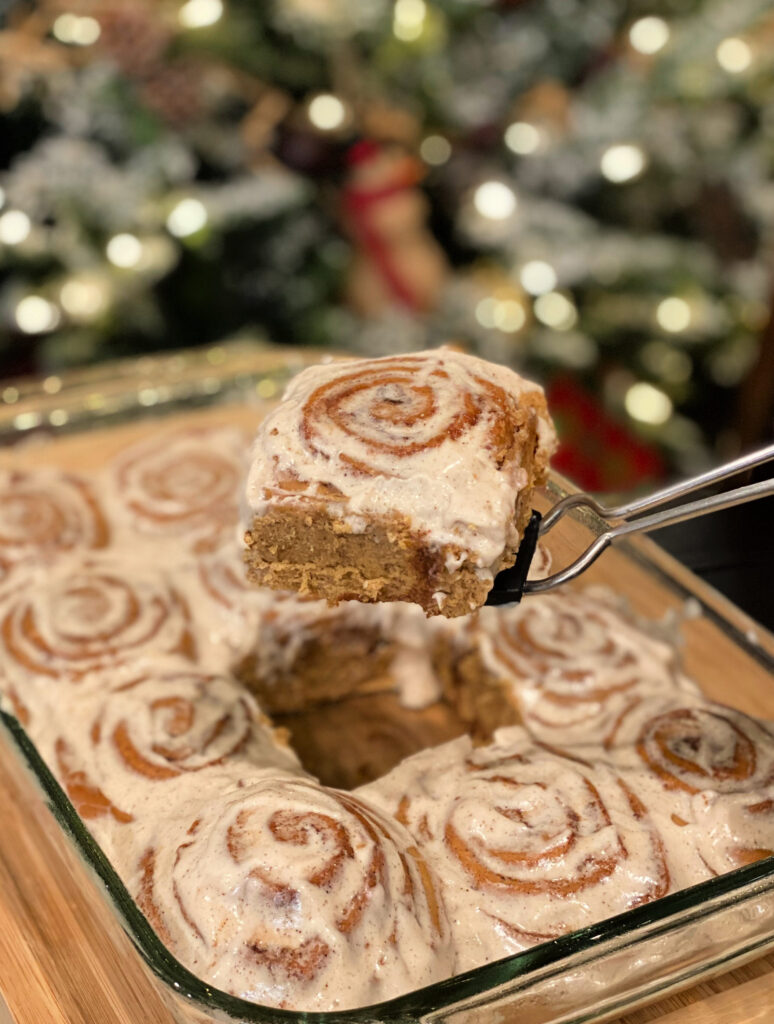 Just a hint of cinnamon throughout the cream cheese frosting, it was the perfect topping on the rolls!

If you’re looking for a Holiday goodie/sweet treat to try, give these Frosted Gingerbread Cinnamon Rolls a try! Perhaps as a Christmas breakfast? Or, make an extra batch and surprise your neighbors, friends, and family! 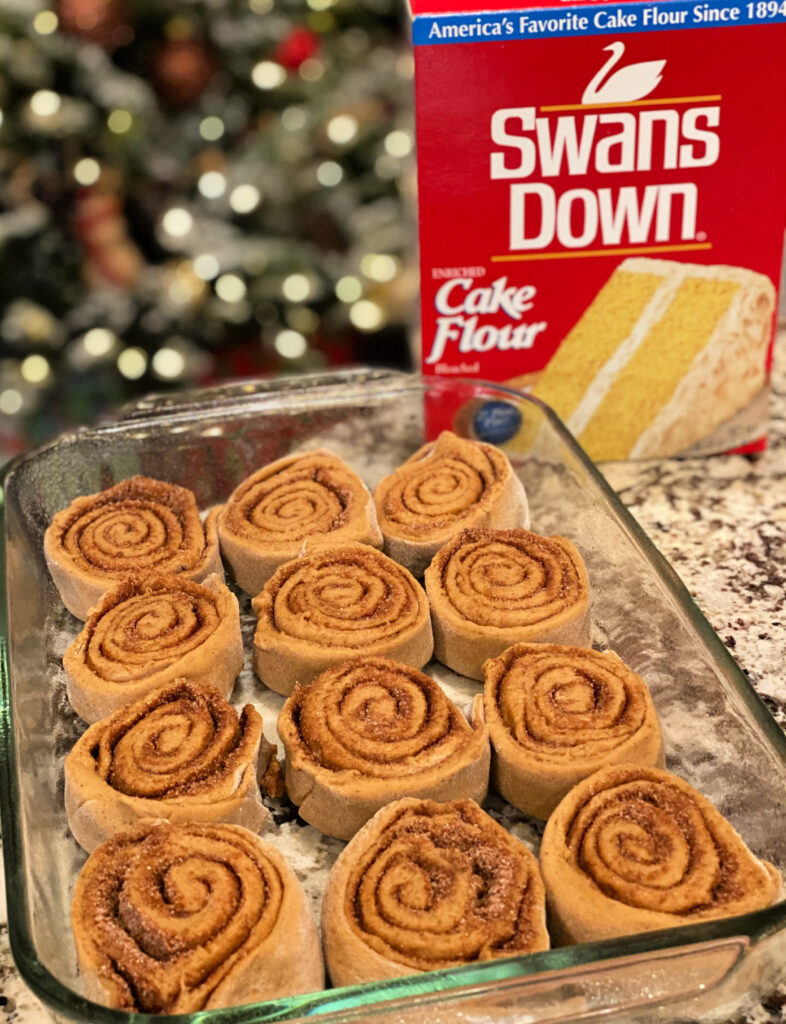 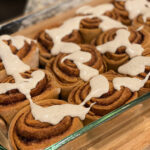