Apple Cobbler Crisp comes together in no time using Bisquick. Serve this apple cobbler with vanilla ice cream or whipped cream, and you’ll be in cobbler heaven! 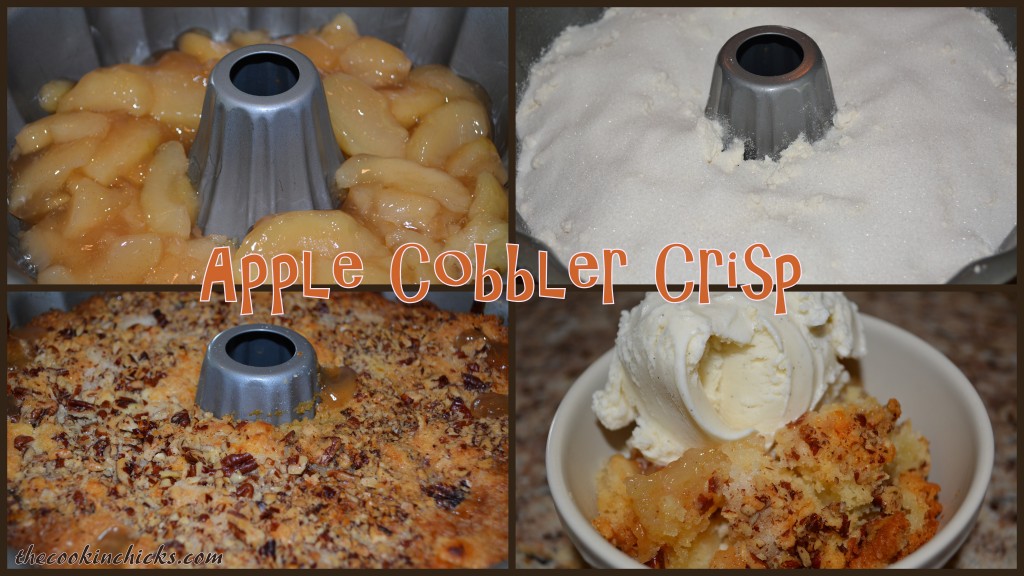 If you have been following the blog, you know that we LOVE trying new cobblers out. Are you a cobbler fan?? In case you were wondering what a cobbler even is, cobbler is a dessert consisting of a fruit filling poured into a large baking dish and covered with a batter, biscuit, or dumplings before being baked.

A few weeks ago, we posted our Peach Cobbler Crisp, followed by our Blueberry Cobbler Crisp. Since they were each amazing, we knew we couldn’t stop there.

This apple cobbler crisp was just as tasty and just as easy to make! In fact, I made this for my dad’s birthday dessert since he loves apple cobbler and it was a hit with everyone!

Check out these other great cobbler recipes:

I am already thinking of changing things up next time and using fresh fruit instead of canned pie filling, and maybe even trying a new fruit! The great thing about this cobbler is the fact that it uses Bisquick as a shortcut! Only 5 ingredients needed, so it truly is a dump and go cobbler that bakes into perfection!

Ingredients Needed for this crisp:

How to prepare this Apple Cobbler Crisp:

Pour Apple Pie Filling into pan- grease your bundt pan and pour the apple pie filling evenly on the bottom.

Sprinkle pecans- add the chopped pecans over the melted butter and place pan into oven.

Bake until cooked through- remove from oven and serve as is or with a scoop of ice-cream on top.

Tasty Apple Cobbler Crisp is a satisfying classic comfort food that combines apple pie filling with an easy Bisquick baking mix batter! It bakes up to perfection with just a few ingredients and minimal fuss, but is sure to be a hit with everyone! Print the recipe below and give it a try! 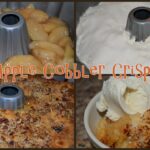