Deliciousness. Warmth. Baked goods. Fall. All of these words describe this Pumpkin Cinnamon Roll Bake, and you’re going to love it even if you don’t like pumpkin! 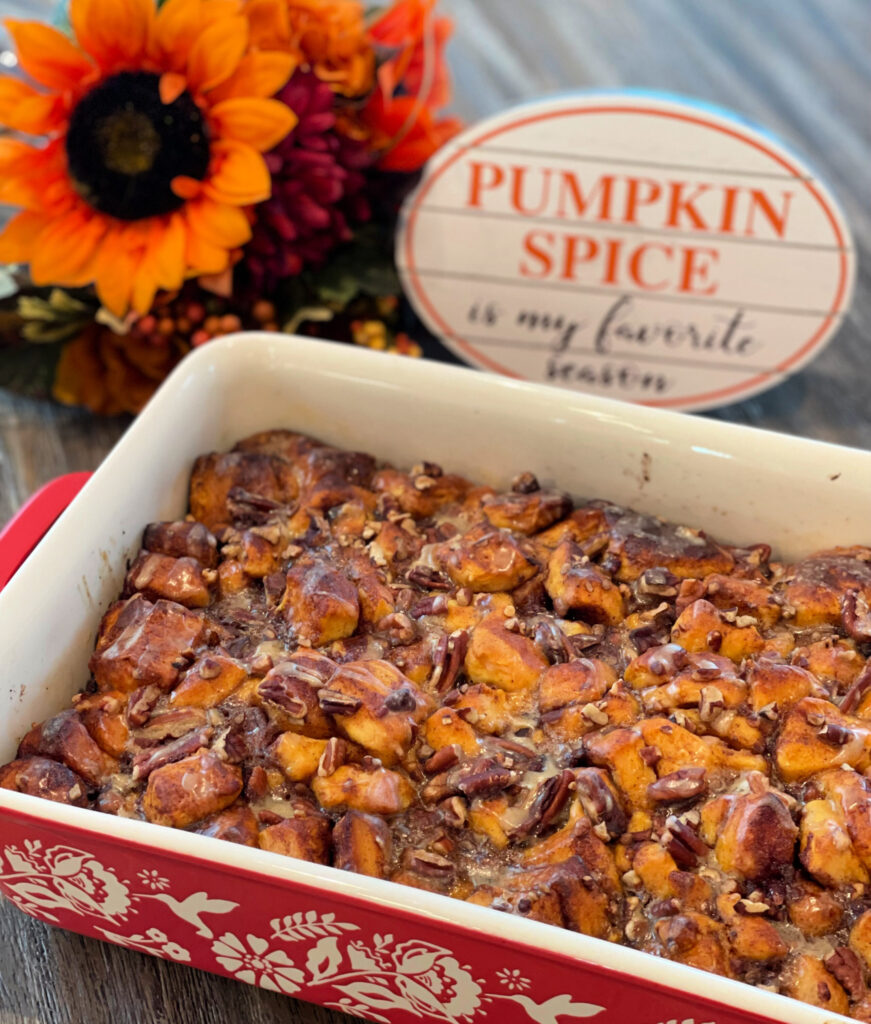 A few days ago was the official first day of Fall. To me, its been Fall since about August, so I already had the house decorated, had my pumpkin spice candle burning, and had already gone through about 10 cans of pumpkin with all my baking adventures.

Needless to say, the first day of Fall for me….didn’t change much! However, I will say, Houston, TX caught the memo and each morning this week when I have let the dogs outside, its been in the 50’s. For Texas, that is quite the cool front and we have thoroughly enjoyed it!

Last weekend, I woke up early and decided to put this breakfast bake into the oven for my family to wake up to! Since I am on a major pumpkin kick these days, I made a pumpkin version of my Cinnamon Roll Casserole. Same great flavor, but with a Fall twist! 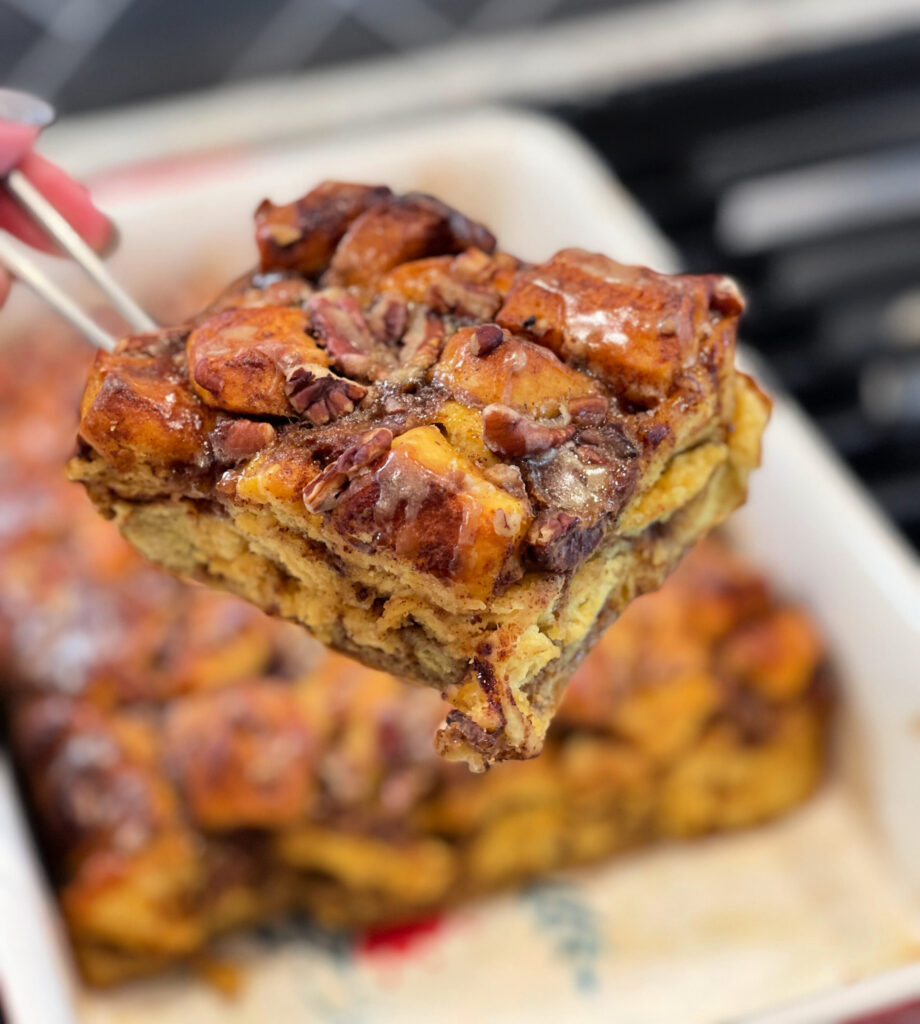 Not only did I have this ready for the oven in about 10 minutes, but as it baked, the house smelled incredible. My hubby woke up and immediately went over to the oven to see what I was up to!

With cinnamon roll pieces, a pumpkin mixture baked throughout, and a glaze on top of each piece….this breakfast was packed with flavor in every bite! If you’re having morning coffee with friends, perhaps prepare this tasty dish! It is even a great option for an after dinner sweet treat!

Since it makes a 9×13 baking pan, most likely you’ll have plenty of leftovers to enjoy! Simply cut a piece, place in the microwave for a few seconds and it’ll taste just as scrumptious as on day one!

One thing I will note, in the recipe below, it calls for Pumpkin Spice Cinnamon Rolls. They are made by Pillsbury and are a seasonal item. I haven’t found them at my local grocery store this year, but I did have luck getting some at my Target and Walmart! Check the cooler section near the dairy and you should find them! If you don’t have luck finding them, you can use regular cinnamon rolls, it just won’t have the same amount of Fall flavor throughout!

If you love pumpkin, also check out these Fall favorites:

One of my favorite things about this pumpkin bake is the fact that each and every bite tastes just like the center of a cinnamon roll! If you’ve ever had a cinnamon roll, you know the center is the best bite. The ooey gooey, cinnamon dough bite that has the most flavor throughout. Yep, that same greatness is in EVERY bite you take!

With Fall here, wake up in the morning, throw this together, enjoy a cup of coffee while wrapped in a blanket and enjoy the sweet treat! If you’re a pumpkin fan like myself, this is just the thing you need to try! Even if you’re not, give it a try as it may just change your mind! Enjoy and be sure to let me know what you think in the comment section below! 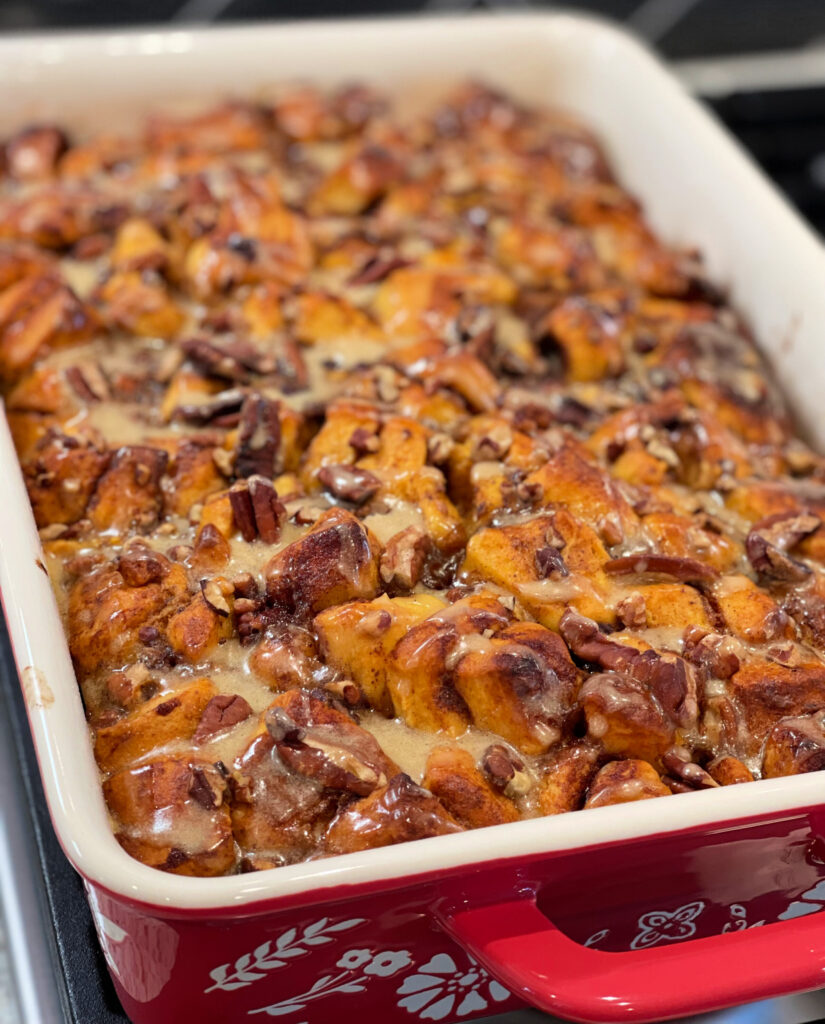 The arrival of Pumpkin season is reason enough to have cinnamon rolls for breakfast! This Pumpkin Bake is a shortcut dish that tastes like Fall in every bite. Print the recipe below to give it a try! 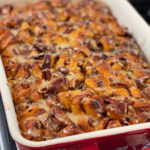 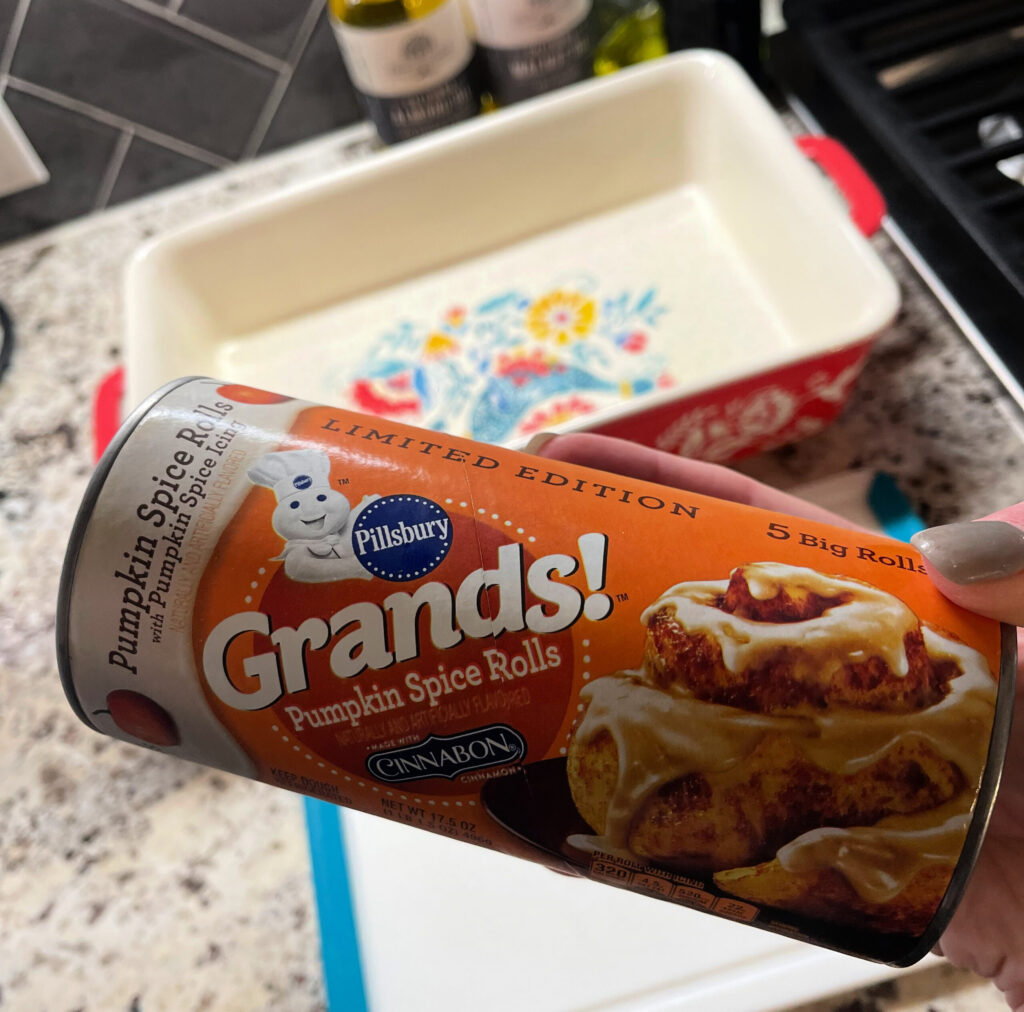