These Coffee Cake Donuts combine two favorites into one Heavenly treat that is sure to make any mouth water! Enjoy for breakfast or as a snack! 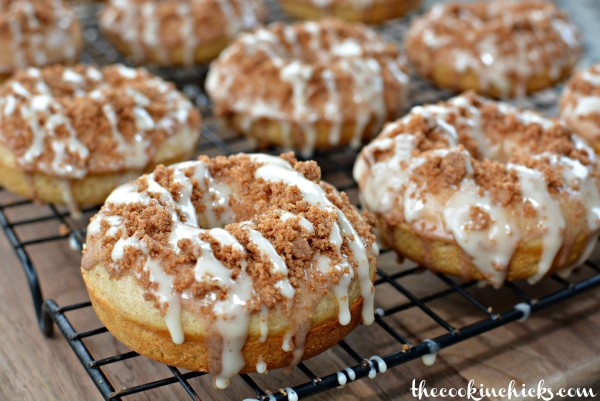 Oh boy! Even just thinking about these donuts makes me want one right now!!

A few years back, the hubby and I were walking through the store when we came across donut pans. We both looked at each other and knew we had to grab one. When thinking of a donut, I never knew you could bake them and in fact, I avoided making them because I didn’t want the fried mess in my kitchen, haha.

We began trying all sorts of donuts over the months/years and the whole family fell in love with how moist, fluffy, and flavorful they are when baked. Plus, since they are baked and have less calories then a fried version, I don’t feel quite as guilty eating that second one!

Fluffy, baked donuts that include a mouthwatering cinnamon crumble and perfectly sweetened glaze on top!

We have tried everything from chocolate, to cinnamon sugar, and even a Kahlua version! However, these coffee cake donuts may go down as my favorite!! The cinnamon crumble, glaze, and overall taste of the donut was like eating a piece of coffee cake, in donut form. It was hard to stop at just two! My kids even went crazy over these! 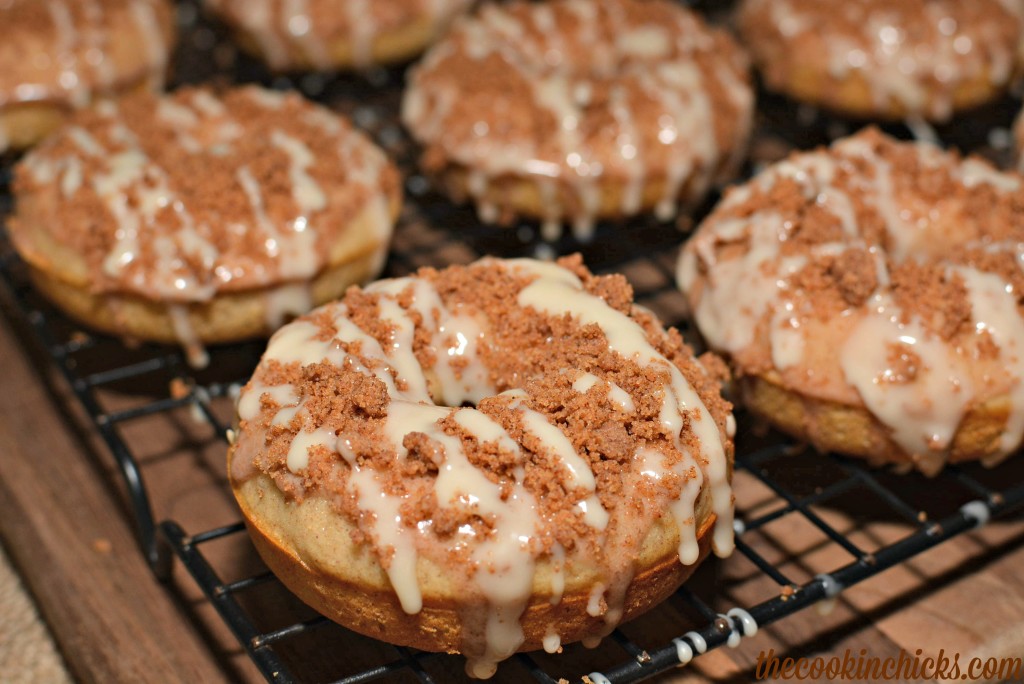 Our one donut pan has now increased to two donut pans as we love to make enough for the whole weekend, and with a family of 5….that requires two pans. If you don’t already have a donut pan, I highly recommend one. You can even turn most muffin recipes into baked donuts using the pans!

If you love donuts, you’ll love these other family favorites:

Whether you enjoy for breakfast, a snack, or sweet treat, these donuts are sure to be a hit! Another great option is to bake a batch for friends/family, or freeze some for a later date! Enjoy and let me know what you think in the comment section below!

Coffee Cake Donuts are packed with flavor! Ready for the oven in no time, be sure to print the recipe below and give them a try! 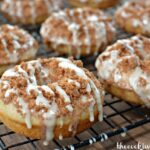 Recipe adapted from: Chef in Training