With St. Patrick’s Day coming up, I decided to make these festive trifles. I had gone to my grocery store and found mini trifle bowls. They were too cute to pass up, especially since one of my favorite desserts to make, is a trifle. I looked around my pantry, found some basic ingredients and threw these together in no time. Not only were they a huge hit, but they were just the right amount!! If you are looking for a delicious St. Patty’s day treat, look no further!! This can be made in a normal size trifle bowl, or mini dishes, totally up to you! 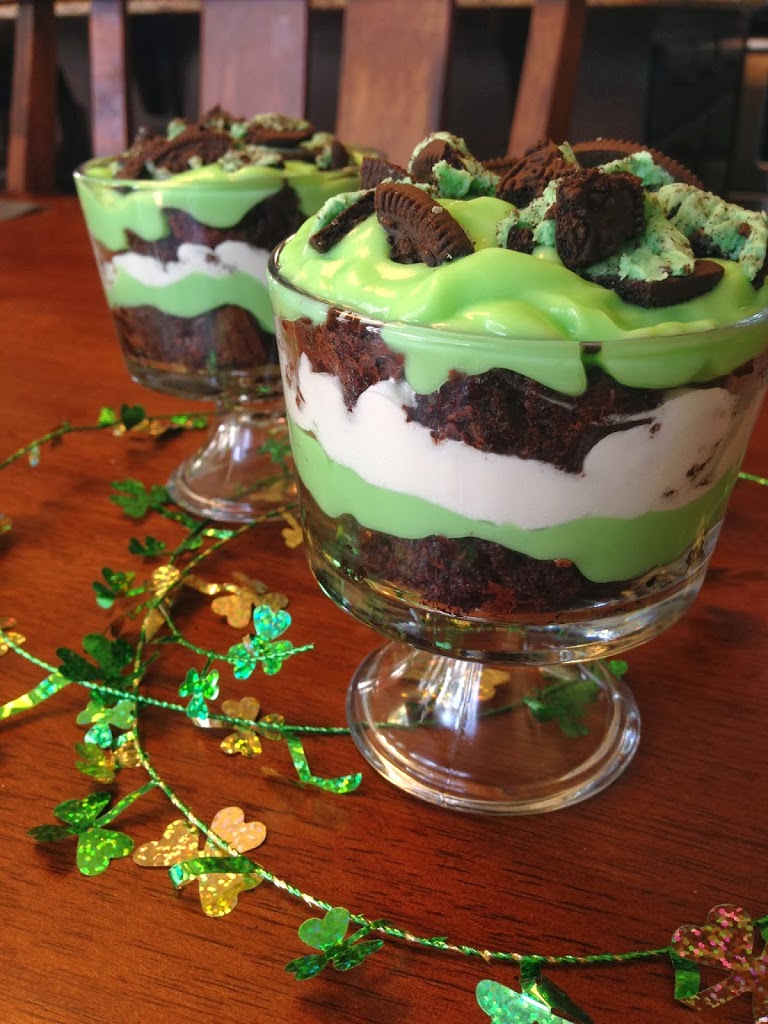