Slow Cooker Sausage and Peppers is the perfect combination of sausage, peppers and onions in a flavorful sauce. Just a few minutes of prep is all it takes to get this ready for your slow cooker! 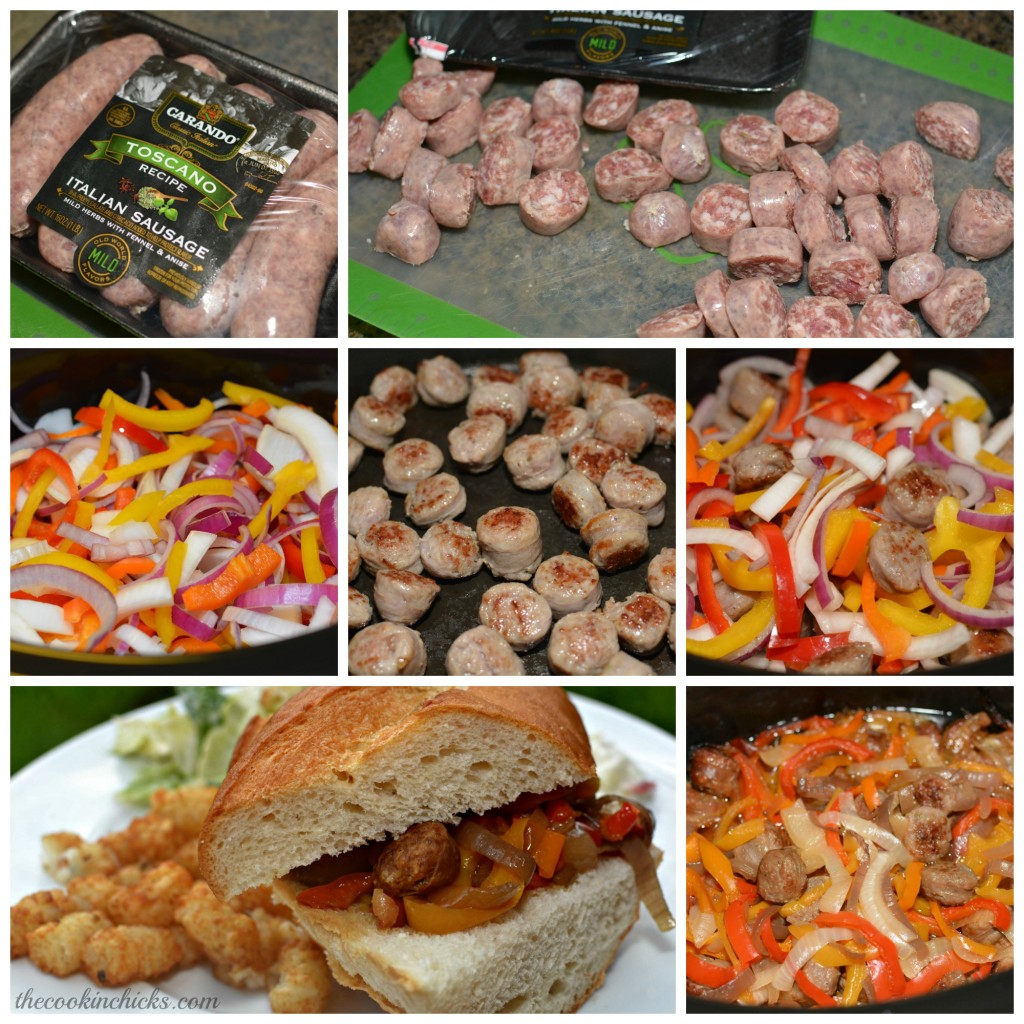 A few weeks ago, one of my neighbor friends made sausage and pepper sandwiches for dinner and had a bunch of people over to enjoy . My hubby ranted and raved how tasty it was, so I knew, I needed to make it for him again.

Since my slow cooker has become my best friend these days, I decided to make the sausage and peppers in the slow cooker to save on time! The end result was fabulous!

Luckily, I had some Italian sausage on hand already, so after picking up a few peppers and onions at my grocery store, I was ready to get this prepped in no time!

Love crockpot/slow cooker meals? Check out these other favorites:

To prepare this, all I had to do was cut up the peppers, onions, and sausage. Using only salt and pepper, this meal was ready for the slow cooker in less than 10 minutes!

We served ours on toasted French bread and enjoyed as a sandwich, however, if you’re watching carbs, you can serve on its own and it will be just as scrumptious!

Feel free to use additional seasoning if desired, any even toss some mushrooms in if you want! My family is anti mushroom, so I tend to avoid those, but it would be a great addition!

If you are short on time and love a good slow cooker recipe, look no further, you definitely will want to try these Sausage and Pepper Sandwiches!! 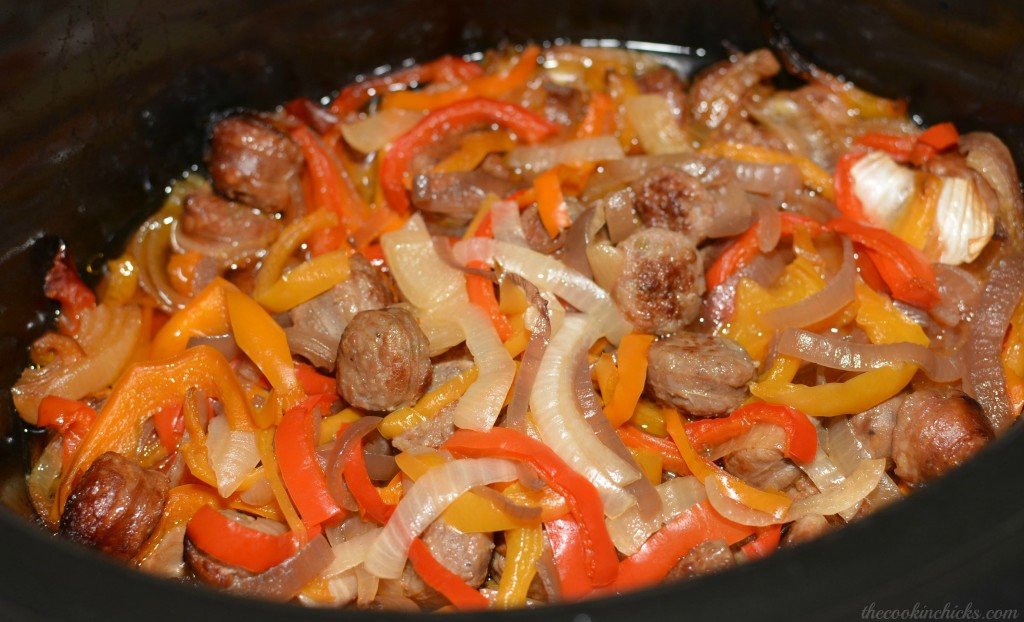 How to make Slow Cooker Sausage and Peppers:

2. Cover your slow cooker and allow it to do its thing- yep, you get to sit back while it cooks itself.

3. Serve sausage/pepper mixture- as a sandwich, over pasta, mashed potatoes, or on its own! Its really that simple!

Grab your slow cooker and let it do all of the work for this easy Italian sausage and peppers recipe! 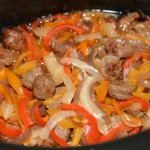