This Cilantro Lime Grilled Shrimp includes flavorful shrimp tossed in a cilantro lime sauce with a hint of garlic! Quick to the table and simple to prepare, this is one seafood dish you won’t want to pass up! 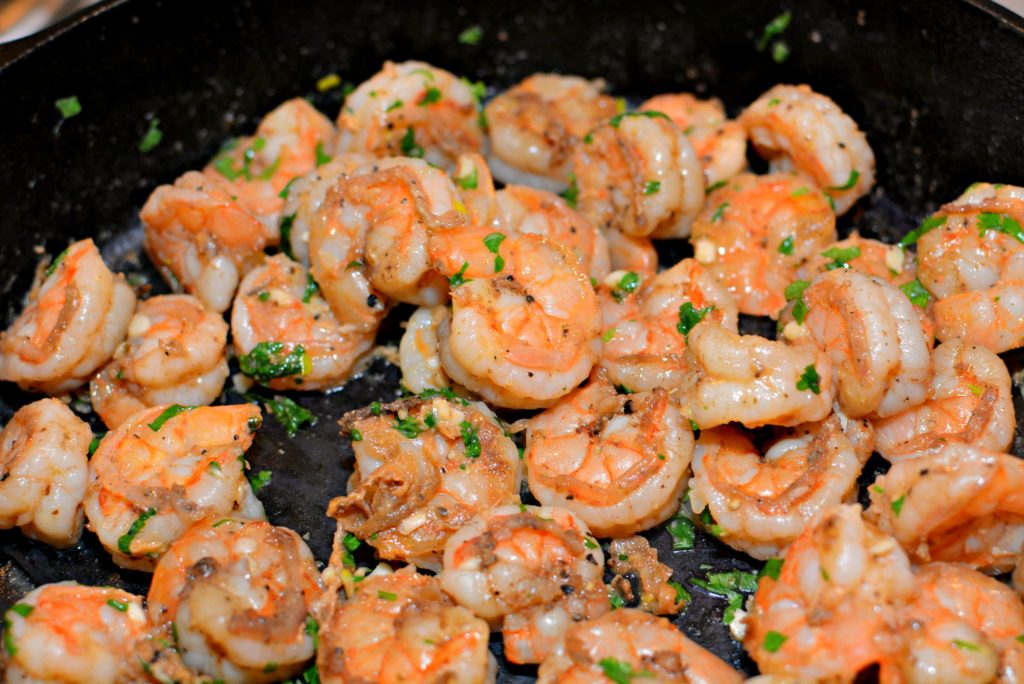 If you have followed the blog for a while, you know that early on, I steered clear of seafood as much as possible. I stuck to chicken and the occasional beef dish, but seafood….no thanks!

As years passed, my seafood loving hubby slowly introduced me to different items such as lobster, oysters, shrimp, crab, and more. The more I tried, the more I began to develop a taste for seafood and started having favorites.

Shrimp in a tasty, light and fresh cilantro lime marinade that is grilled to perfection.

Most recently, I accompanied him on a business trip to South Carolina where his boss and him introduced me to both raw AND baked oysters. Wow! Believe it or not, I am a huge fan. My favorite is the baked, but raw was quite tasty with the onion topping it had in the restaurant and we even came home and baked up our own version a few weeks later (recipe coming soon).

While we lived in Seattle, Washington, my kids were little and early in the “testing foods” season of life. They weren’t quite in the picky food stage, so trying new things was easy. All three of them developed a love for seafood early on and nowadays, they request lobster tails, oysters, and shrimp frequently!

Now, back to the shrimp dish…..

Last week, I picked up a few pounds of shrimp that were on sale. I wasn’t sure how I was going to prepare them, but given the sale and lack of dinner idea for that night, I couldn’t pass it up!

I sent a text to my hubby and told him to put his thinking cap on for how he wanted to cook these (he is the seafood cook in the family). He quickly replied “how about a garlic, lime, and cilantro version”. Fine by me, I got the night off from cooking, haha!

Once home, he had this whipped up in no time! We served it with some rice and biscuits, which had everyone clearing their plates in no time!

Check out these great side dish options for ideas to serve with the shrimp:

Using just a few ingredients, this shrimp dish is quick to the table and a dish any seafood fan will enjoy!

Be sure to keep me posted what you think in the comment section below if you give this a try!

Cilantro Lime Grilled Shrimp is a flavorful, healthy seafood dish that comes to the table in no time! Print the recipe below to give it a try!