Bacon Wrapped Hatch Peppers are a great way to enjoy Hatch Chili Pepper season. You can grill or bake these and indulge in this delicious appetizer! 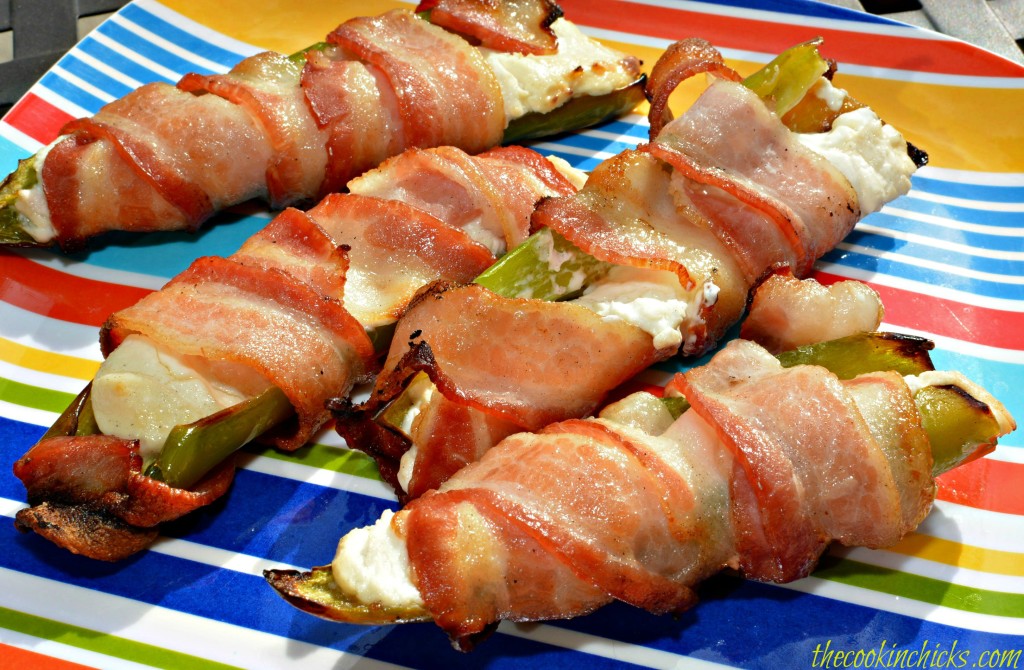 If you aren’t from the Houston area, or have never been to Houston, you are probably wondering what the heck a hatch pepper is, right? Well, up until about 2 months ago, I was right there with you. My husband and I moved to Houston back in January and it wasn’t hatch pepper season yet. We were unaware of what a huge deal it is down here, but once the season rolled around….hatch peppers were EVERYWHERE! Every single grocery store advertised them, it was on signs, produce stands, etc.

Well, after a few weeks of seeing Hatch peppers everywhere, I gave into the craze and decided to try the Hatch pepper burgers that were at my local grocery store! One bite in, my entire family was hooked. They are similar to a jalapenos, but less spicy, so even my kids enjoyed them!

Flavorful, creamy, not overly spicy, and incredibly simple to make….these have become our new go to grilling item!!

What are Hatch Peppers?

Hatch chile is a unique pepper grown in the Hatch Valley of New Mexico. The Hatch is like no pepper you’ve had before: it’s sweet and smoky, and has a grassiness that makes it always taste like it’s freshly picked. Similar to a jalapeño with more of a character! It has about the same level of heat as poblano or Anaheim peppers. These peppers are only in season from August-September so if you love these slightly spicy and bright green peppers, make sure to mark your calendar in time so you can stock up on some delicious hatch chili peppers.

Where to buy Hatch Peppers

When I lived in Houston, they were EVERYWHERE! Literally sold at every grocery store and market around! However, since I live in Colorado now, they aren’t as easily accessible.

Luckily, you can typically find them in Sprouts, Trader Joes, local stores, and sometimes even grocery stores when in season. They sometimes go by the name “anaheim chili pepper” as well so keep an eye out when you’re at the store!

So many options you can try to make these your own, here are just a few examples.

You can serve these on their own, or serve some Southern Comeback Sauce or Alabama White BBQ Sauce with these if you’re like me and love a good dipping sauce!

In my house, these go quickly! Of course, I do try to make just what we need as they really are best fresh. However, if you have leftovers, allow to cool completely and store in an airtight container in the refrigerator for up to 5 days.

You can prep these up to 48 hours in advance and store in the refrigerator until ready to cook!

Candied Jalapenos– the perfect sweet-and-spicy condiment to liven up your favorite foods. Enjoy with cream cheese and crackers, as a topping on burgers, hot dogs, or even in your baked beans and salads!

Easy Layered Nacho Dip– less than 30 minutes and with only five ingredients, this comes together quickly for a dip that is loaded with cooling cream cheese and sour cream, mixed with taco flavors, topped with salsa, and shredded cheese.

Incredible Guacamole– Made with 6 simple ingredients, it’s an easy party appetizer or delicious topping for tacos, burritos, and more. 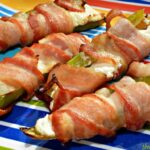