Ever since we held our recipe contest a few months back, and I discovered the tastiness of trifle’s, I have been loving the new varieties!!! Over the weekend, my husband was in charge of making Mother’s Day Dessert. I was really in the mood for a trifle, and wanted him to try a new version. He loves Tiramisu, and I love anything chocolate, so when he put this together, it was AMAZING!!! Everyone loved it and we will definitely be making this again!!! 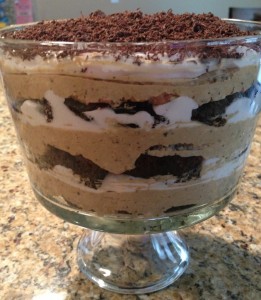 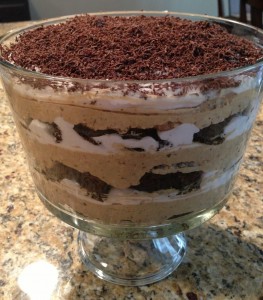